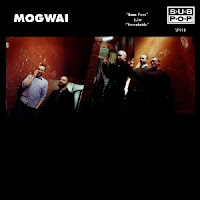 The new video from Scotland's finest, Mogwai...for the single "Rano Pano". Good fun. The album, "Hardcore Will Never Die, But You Will", is to be released on February 15 in the USA, on Sub Pop Records. This video is for the first single, issued on 7" vinyl and download from Sub Pop. 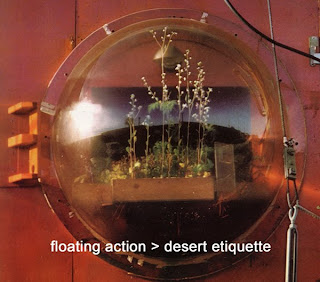 Hailing from Black Mountain, North Carolina, this solo project of multi-instrumentalist songwriter Seth Kauffman brings in Band Of Horses' Bill Reynolds to assist with the mix, and this partnership works well. Floating Action will appeal to BOH or Wilco fans, as this is similarly understated and classy roots-edged rock, dipping it's fingers into Brian Wilson-era Beach Boys stylings, moody psychedelia, classic rock, and proto-country. Kauffman's lazy summertime laments are instantly approachable, making "Desert Etiquette" listenable through multiple spins. With a slackerly vocal timbre akin to Thurston Moore at times, and recalling Jim James' echoey innocence at other times, Kauffman's timeless tunes are similarly warm, inviting, and charming.
"The Balance" is a memorably elegaic and graceful slice of swaying chamber pop, with a killer melody. "Please Reveal" is so sweet and innocent, it could be an Every Brothers song, if not for the more modern production. "Eye Of A Needle" is a laid-back pop song with a haunting undercurrent. "Ambientador" spaces out for a few minutes, and the closer, "10 Rogue River" is almost funky, closing out an enjoyable listening experience and bookending a fine album. (Park The Van Records) 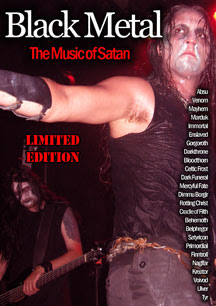 Having seen some of Zebub's past "works", this one wasn't exactly a shoe-in for greatness. However, "Black Metal - The Music Of Satan" takes a different tact from the many other black metal documentaries that focus on the same tired motifs and myths (Varg Vikernes, the church burnings, and murders). Zebub interviews a mass of early and present-day black metal (and related) artists, and presents an alternate personality, where the guys (and girls) aren't so serious. Beyond the poses and "evil" headlines are some rather regular people, with (gasp) senses of humor.
Basically, this is a jumbled (and formless) but fun collection of brief interviews where the artists are allowed to smile, make jokes, and have a beer (why do they all drink Heineken?).
Zebub's film dispels the notion that black metal is a humorless, dour, and po-faced assemblage of suicidal, homocidal, misanthropic misfits. Well, mostly. Included are chats with Attila Csihar of Mayhem & Sunn O))), Venom, Gorgoroth, Celtic Frost, King Diamond, Rotting Christ, Voivod, Ulver, and tons more. Good fun! (MVD Visual)
Posted by Goatsden at 11:53 AM No comments: