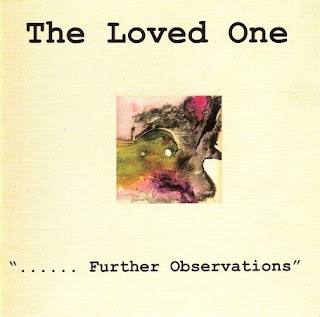 Recorded way back from 1979 to 1982, this selection of early electronic weird-alien pop is tweaky enough to appeal to fans of stuff like early Cabaret Voltaire or Fad Gadget. Ashamedly, I'd never heard this act, though they made appearances on the relatively influential compilation "Some Bizarre Album" and Third Mind Records' "Life At The Top" LP. Consisting of Dryden Hawkins and Zeb Yek, two fellows seemingly from London, The Loved One's music is balanced between accessable electronic pop and avante soundscapes. Some tracks, with vocals, would fit well alongside early work from the Legendary Pink Dots or Chrome, while the artier, strange-noise pieces assert an almost proto-industrial soundtrack direction. Combined, "Further Observations" has aged really well, despite the technological advances in recording and electronic gear. It sounds as relevant as any electronic music today, and these thick analogue rumblings are strangely compelling and quite listenable. "The Depressionists" is a morose and affected critique of po-faced artist types, showing that Hawkins and Yek had a fine sense of humor, too. A highly enjoyable recording, and one that definitely deserves more attention, even if it is 27 years later! (Metaphon)